Welcome! Learn a little more about us at YCG!

Select the name of a team member to open the panel for more. 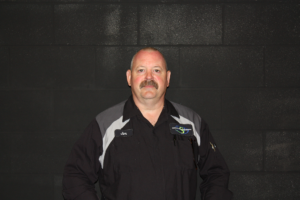 Jim Cowden worked for many places in the 70s and 80s many of the time multiple jobs at once, but from his youth always wanted to own his own business. The late 80s was a tough period on a personal level; it was a trying time, getting divorced and with 2 small children who were moved halfway across the country, his father passed away, and alcohol became the remedy. He met and married Marsha in 1990, both working hard and bringing together their two families. In 1992 they started a business journey with their own AMWAY business. They did well enough that Marsha could leave her job and come home as a full-time mom. In 1993 they purchased a speed-timing calibration business from lifelong friend Lou Staccone and the game was on! 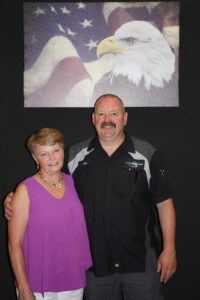 During the 90’s the most important thing happened for them; they began a journey with their Lord and Savior Jesus Christ. It was subtle, slow, and continues to grow and strengthen to this day.

Jim and Marsha formed Cowden Enterprises; they were always looking to meet
their customer’s needs which led them to many companies in search for answers and products. They met and teamed up with Rob Keough, an electrical engineer from YIS, Inc. (a metrology lab) in York, PA. Rob had an interest in designing and building speed-timing products. Only God knew where all this would lead. As it turns out, it led to Rob and his father buying  Powl’s Speedometer Service in Lancaster, PA in which Jim would later buy out the father’s shares. It also led to the formation of a new corporation, YIS/Cowden Group, Inc. This merged YIS’s speed timing division with Cowden Enterprises in 2001 which is now known as YCG, Inc. Rob and Jim would also help another start-up, NICHE, Inc., a truck repair business in New York. ~ This is a story in and of itself, but the short version is a friend of Jim’s, Mike Wyant, who had an idea to build cooling and heating exchangers for semi trucks (New Innovations in Cooling & Heating Exchangers, NICHE). Rob and Jim worked with him to build on that and start the truck repair shop. In 2011 Mike and his wife Donna were able to purchase Rob and Jim’s shares and continue to grow their business to this day. ~ During this same time period, Jim’s son Jake came on board to learn the business (2007) and is now the Operations/General Manager. Rob and Jim purchased YIS, Inc. from Rob’s father, Bob Keough, so he could retire. They also took on a shareholder at  Powl’s, Ricky Peters Jr.

In 2013, a challenge was given to YCG to find a simpler, more economical way to test AWD speedometers for police calibrations.  YCG consulted with Ricky Peters Jr. who has a background in fabrication and building race cars. Following the
design, build, testing, and patent process a plan was laid out to form a new corporation for this equipment, Accelerated Speed Dynamics.

Where will this journey end? Only the Lord knows that but it’s been a heck of a ride and we look forward to continuing to follow his lead to where ever he wants it to go!

Thanks for the business and God Bless you! ~ Jim 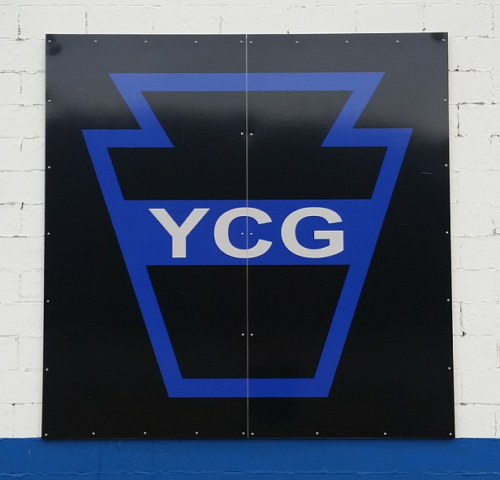 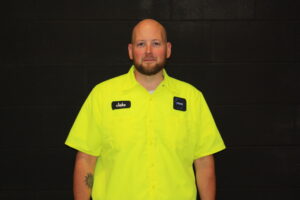 Jake joined YCG in February 2007 starting out as a calibration & service technician. He quickly progressed to scheduling make-up cals, service, and planning out the yearly calibration schedule. He now handles the day-to-day operations of YCG, working on R&D, and leading on-site service/repair. He fills in on cal runs when needed.

Jake grew up with an interest in anything that had a motor, disassembling and reassembling everything he owned (sometimes with success!) always with an interest of how things worked. Growing up in Iowa, he worked from a young age in an automotive repair and machine shop and went to the local race track every Friday night helping on race teams. He worked on cars throughout school and after graduation before doing it full-time.

Jake moved to Colorado for 3 years seeking a change and worked mostly in the retail environment.  After realizing this wasn’t for him, he packed up and moved back to PA to start work at YCG.

Outside of work Jake still enjoys all things with a motor. If there’s racing going on, he’s interested.  He enjoys going to Arenacross and Supercross races with his wife and daughter, spending time outdoors, riding his ATV & UTV, grilling up good food and sharing laughs with friends and family. 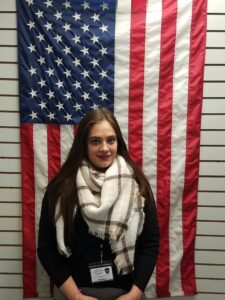 Amber came to YCG in January 2018 as our Front End Assistant and Shipping and Receiving person. She brings with her qualifications and experience from college and previous work experience.

After joining the U.S. Army at 17, Amber has studied Pre-Med at Slippery Rock and Lock Haven Universities, Business at Ohio State University, and Architectural Drafting and Design at Penn State University. She plans on finishing her Architectural Engineering degree in the next few years, after spending time remodeling her home and watching her kids grow.

Outside of work, Amber enjoys reading, running, music, building, and learning. Amber is a Washington Redskins, Seattle Mariners, and Pittsburgh Penguins fan. She has two children, and spends time attending their sporting events and in Clearfield with the rest of her family.

Rob is the on-staff engineer at YCG.  He works on R&D and is the key to the development of our speed-timing devices as well as all wiring solutions for wiring your police vehicles. 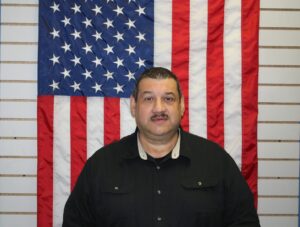 Lou was a police officer for over 35 years retiring as a Chief of Police.  He has been involved in RADAR sales, service, and training for over 40 years.  He has trained officers in the use of Time/Distance speed-timing devices for over 25 years.  His company, Targetron, was the manufacturer of the ESP TK-100 IR that is a PA approved device.

Lou is currently involved in sales, equipment refurbishing, and training of all timing devices including RADAR for YCG.  He also works as a part time officer for a local borough. 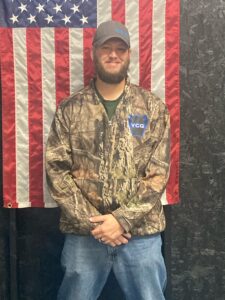 Bryan joined YCG in November of 2020 as a Calibration Technician. Not only has Bryan enjoyed calibrating but he has also been helping with purchasing and taken the lead on our LED sign displays. He went to Penn College for his Bachelors of Science in Construction Management and had worked in the construction industry for the majority of his career.

Outside of YCG Bryan loves to spend time with his family, which expanded in June of 2021 with his first son. Bryan is also very active at his church helping wherever he is needed with the Youth groups and other small groups throughout the church. He is also a District 12 Little League Umpire, as well as, a member of the Tiadaghton Forest Fire Fighters, Task Force 83.

Bryan came to YCG looking for something different and feels that he has not only found a new and fun challenge but also extended his family. 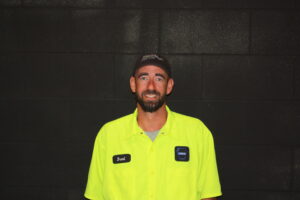 Brad has been with YCG since January 2011 serving as a Calibration Tech and primary contact for all make-up calibrations. Brad is now the Assistant Manager at YCG.  He is a big part of the Speedometer calibrations, helping train new technicians, and helps with on-site service and in house repairs.

Outside of work, Brad has 2 boys and spends many nights at the ball field Coaching/helping with the youth for the East Lycoming Little League. When baseball isn’t calling, Brad enjoys spending his downtime in the woods hunting. 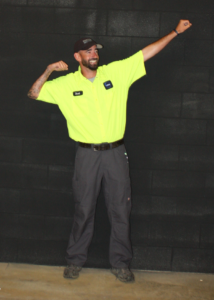 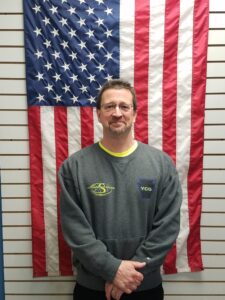 Bob comes to YCG as a calibration technician after retiring from a 27 year career with the Federal Bureau of Prisons. He enjoys working in the close team environment and is excited about the future of YCG and his contribution to it.

He is married to his wonderful wife Shelley. They have two adult children, a son and a daughter. They are active members of the First United Methodist Church of Muncy and enjoy volunteering in various ministries.

Outside of work Bob enjoys spending time with his family which usually involves some kind of outdoor activity. They enjoy camping, boating, skiing, kayaking and hiking. Bob has also been involved in some sort of motorsports racing his entire life. Most recently he can be found competing at SCCA Autocross events around the state.

Denny joined YCG full time in Spring of 2020 as our on-staff handyman.  He handles building maintenance and improvements; quotes, schedules, and performs handyman services for the general public, and helps wherever a hand is needed within YCG. Blake joined YCG in June of 2022 as our Sales & Marketing Director. Blake attended Widener University where he majored in Business Entrepreneurship and also played free safety for the football team for 2 years. Recently married, Blake & his wife Kristen have 2 children, Morgan and their newest addition Adam, who was born earlier this year. Blake also professionally boxes and coaches the defensive backs for the Central Mountain High School Wildcats football team. In his free time, Blake & family often go and visit family in Jim Thorpe, PA. Eric joined YCG in May of 2022 as an electronic repair technician. He was tasked to get his FCC license within his first 90 days which was no simple task. Eric successfully completed his testing just in time for his final semester at Pennsylvania College of Technology.

Outside of work, Eric enjoys watching football, playing guitar, and working on anything involving motor cycles.